Whether it’s trying to firm up and get in shape for summer beach season or losing weight to fit into holiday outfits, you want to see quick fitness results.

But how quickly can you honestly expect to see your dieting and exercising pay off? And, more importantly, how quickly is actually healthy?

The Downside of Fast Results

In a perfect world, weight loss or, more specifically, fat loss, would be instantaneous. But that’s not how the human body works. Instead, everything from your hormones to neurologic system and signals adapt to every little change in your diet and exercise routine.

And, when you change things too drastically, like when you cut your daily food intake from 2,500 to 1,200 calories per day or try to tackle an hourlong boot camp class on day No. 1 of your gym membership, your body’s adaptations do more harm than good, says Grant Weeditz, a certified strength and conditioning specialist at Anatomy 1220 in Miami.

Your body perceives that food is in short supply, you’re starving and, in an effort to spare calories, it starts burning protein (aka muscles) for energy. “This will shut down the fat-burning metabolic processes of the body and start the downward spiral of metabolic damage,” Weeditz says. “The more you cut calories, the more you have to continually cut to see results. Avoid this situation like the plague.”

What’s more, this reduction in resting metabolic rate (the number of calories you burn just to live) means that fast weight loss generally doesn’t stick around for long and instead leads to rebound weight gain, explains Atlanta-based board-certified sports dietitian and registered dietitian Marie Spano. For example, in one University of California–Los Angeles review, about two-thirds of dieters who successfully lost weight ended up gaining back everything they lost – and then some – within four to five years.

On the fitness and muscle side of things, diets that are too low in calories decrease your body’s ability to synthesize new, metabolically active muscle, largely nullifying your workout efforts, Spano says. They also reduce your overall energy levels to make your workouts feel harder.

Also, it’s important to remember that your muscles don’t get stronger or faster during your workouts. You get fitter in the hours and days in between your gym sessions as your muscles repair and adapt to any given workout, Weeditz says. If you work out for hours every day – especially if you were working out for zero hours last week – or train the same muscles during back-to-back days, you aren’t going to give your body the time to appropriately recover. The result: You aren’t going to see the fitness results you want. And there’s nothing more frustrating than working hard in the gym and not reaping the gains you expected.

The Right Rate of Fitness

While, generally, most people should not aim to lose more than 2 pounds per week in order to maintain lean muscle, people do vary in how fast they can safely lose weight, according to Weeditz. And, fortunately for those who haven’t set foot in the gym since last spring, the further your body is from your healthy goal, the faster you’ll make progress toward it, he says.

What’s more, when starting a healthy eating and exercise routine, some people can notice benefits in their physique even before the first pound drops, according to Spano. That’s because reducing your intake of processed foods, excess sodium and refined carbs (remember, whole carbs are still good for weight loss) can lead to a noticeable reduction in bloating within a day or two, she says.

Any visual or weight changes might not jibe with the full benefits going on in your body. “For an overweight individual seeking to lose a substantial amount of fat and gain muscle, eight weeks of training may only show a change in upper arm size,” Weeditz says. “However, local fat loss around the area may actually be significant, but muscle increase in the same area minimizes the visual size reduction.” Meanwhile, for someone who started an eight-week program with only 10 or 20 pounds of weight to lose, any muscle gain will likely show up as definition rather than bulk, since it is hidden under less fat issue. In the long term, since a pound of fat takes up much less space than a pound of muscle, people who gain substantial muscle while losing fat actually reduce their body size.

For that reason, it can be beneficial to gauge not only weight, or even size, but also body-fat percentage in order to get a more realistic look at the changes occurring in your body. Many scales now measure body-fat percentages in addition to weight. And improvements in your cardiovascular endurance and strength will always be the most accurate marker that you are, in fact, becoming healthier than you were last week or month.

Your body needs fuel – as in food – to have enough energy to exercise and boost fitness, says Nancy Clark, a registered dietitian and sports nutritionist with a private practice in the Boston area and author of “Nancy Clark’s Sports Nutrition Guidebook.”

“Most of the people I work with come to me saying, ‘I’m low on energy. I’m tired all the time,'” Clark says. “If they just change their eating patterns, they see results immediately.” Taking in 200 to 300 calories before a workout helps people perform better, she says, compared to exercising on empty.

If you’re getting up and running before work, have a banana or piece of toast with peanut butter first, Clark suggests, to get some gas in your tank. Also, hydrate with water or coffee – some type of fluid. Then, go for your run.

Eating breakfast before a morning workout actually makes the body burn more carbs during exercise than does fasting since the previous night’s dinner, according to a small study of male cyclists in the November 2018 issue of the American Journal of Physiology: Endocrinology and Metabolism.

Refueling is important too, Clark says. “If you run in the morning, you’re probably be hungry by 10 or 11 o’clock. Most people try to hold off until lunch. But hunger is simply a request for fuel.” So have an early lunch, she suggests, followed by a second lunch (she prefers not to use “snack”) in the afternoon, like trail mix or a peanut butter and honey sandwich. “The purpose of that second lunch is to curb your appetite so you’re not starving at night and you don’t get too hungry.”

If you’re looking for six-pack abs, first, be realistic about your genetic makeup and family history, Clark says. As far as eating, her advice is similar: “Fuel by day, eat a little less by night, go to the gym, build muscle and push yourself away from the dinner table.”

If losing weight is the result you’re seeking, Clark suggests following an active lifestyle and chipping away by dropping a half-pound a week or so. “You can do that without being miserable, without being denied or deprived,” she says. “It’s sustainable.”

Gauging results by the scale is not really the best way, according to Clark. “The scale weighs too many things,” she says. “It weighs water weight. It doesn’t distinguish between muscle weight and fat weight. It measures constipation and it measures diarrhea. It measures water shifts.”

How to Accelerate Your Results the Safe Way

Follow these five steps for fast fitness results that are safe and effective – and last.

1. Increase your workout intensity and protein intake. Research published in 2016 in The American Journal of Clinical Nutrition shows that a combination of high-intensity exercise and increased protein consumption allows people to lose more fat and build more muscle while cutting calories. “The lower your calorie needs, the higher total protein must be to decrease muscle mass losses during weight loss,” Spano says.

2. Eat to fuel your body. Calorie needs vary greatly between people and, while caloric deficits (burning more calories than you consume) lead to weight loss, too great of deficits can lead to fat retention. Meanwhile, a caloric surplus (consuming more calories than you burn) is ideal for muscle building, Spano says. So instead of getting hung up on calorie math, focus on food as fuel. Listening to your hunger cues and filling up on whole, minimally processed foods will help you consume more filling fiber, prevent excess insulin secretion and fat storage, and help you reach both your fat-loss and muscle-gain goals.

3. Prioritize strength training over traditional steady-state cardio. Strength workouts can increase your caloric burn, even at rest, for up to 72 hours after you leave the gym, according to research published in the European Journal of Applied Physiology. Plus, it builds metabolism-revving, performance-driving muscle.

4. Make time for recovery. Give yourself at least one full rest day per week and don’t intensely train the same muscle group twice within a three-day period, Weeditz recommends. Mix up your workouts and their intensity to allow your body to recover. It’s normal to feel some soreness 24 to 48 hours after your workouts, especially in the beginning, but you shouldn’t feel debilitated or like you cannot walk, he says.

5. Switch things up after six to 12 weeks. To keep your body constantly adapting and prevent plateaus, it’s important to vary your workout every six to 12 weeks, Weeditz says. That could mean changing up your rep-set scheme, trying a new swim stroke or taking a spin class a couple times per week. Otherwise, your body could get so well-adapted to your workout of choice that it no longer sees the need to improve.

Mon Aug 31 , 2020
Weight loss is tricky, so these members of the British public agreed to try diets so others don’t have to. A pair of over 50s managed to lose over a stone and a half between them on two different diets, but who was most successful? Denise, a pastry fan, was […] 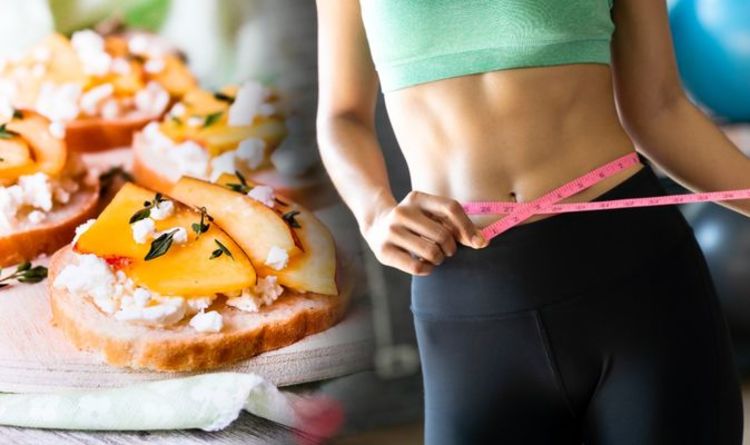