A dentist in Alaska has been sentenced to more than a decade behind bars after he was found guilty of operating on a patient while on a hoverboard. © Provided by People Today Seth Lookhart Seth Lookhart, 35, was sentenced to 12 years in prison on Monday, nine months after […]

A dentist in Alaska has been sentenced to more than a decade behind bars after he was found guilty of operating on a patient while on a hoverboard.


Seth Lookhart, 35, was sentenced to 12 years in prison on Monday, nine months after he was convicted of dozens of charges that included Medicaid fraud, reckless endangerment and unlawful dental acts, Anchorage Daily News reported.

Additionally, Lookhart will not be allowed to practice medicine during his 10-year probation following his eventual release from prison.

During the sentencing, Anchorage Superior Court Judge Michael Wolverton said that Lookhart’s actions including sedating patients for exteded periods of time “darn near killed some people,” the outlet reported.

Lookhart will begin serving his sentence on December 7, the Fairfield Citizen reported.

RELATED: Wisc. Doctor and Husband Allegedly Killed by 2 Teens: ‘They Both Gave So Much’

“While I do not doubt that I was able to render care and alleviate the pain to many people who were in dire need, I also know that I could have and should have maintained better discipline and focus while serving a patient base I came to love,” the disgraced dentist said in a prepared apology in court Monday, according to the outlet.

Want to keep up with the latest crime coverage? Sign up for PEOPLE’s free True Crime newsletter for breaking crime news, ongoing trial coverage and details of intriguing unsolved cases.

Lookhart’s trial included testimony from several of his former patients — including a woman had a tooth pulled while the dentist was standing on a hoverboard. Lookhart was caught in cell phone video pulling the unconscious woman’s tooth before riding the hoverboard into the hallway and raising his hands over his head, Anchorage Daily News reported.

RELATED: Doctors and Nurses Who Kill: Genene Jones, Charles Cullen and More Who Preyed on Their Patients and Others

In the January verdict, Wolverton said that Lookhart’s own texts, photos and videos contributed to the evidence against him.

“Perhaps most notable of all is the fact that this overwhelming amount of evidence was often supported, and often in excruciating detail, by Dr. Lookhart’s own texts, photos and videos,” the judge said at the time, according to a previous Anchorage Daily News report.

Cranford accepted a plea deal in October, and is set to be sentenced later this week, according to the outlet.

The charges were first filed in 2017, and Lookhart’s dental license was suspended at the time as a result. 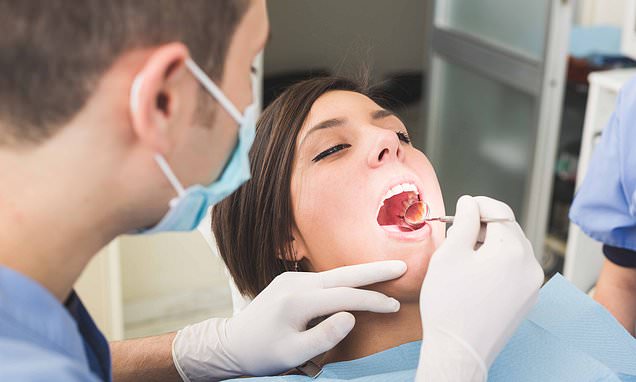