The California Fitness Alliance (CFA) has filed a lawsuit in Los Angeles County Superior Court challenging the scope of California Gov. Gavin Newsom’s power to issue indefinite orders and what the CFA said is arbitrary treatment of fitness centers during the COVID-19 pandemic, the group announced in a press conference on […]

The California Fitness Alliance (CFA) has filed a lawsuit in Los Angeles County Superior Court challenging the scope of California Gov. Gavin Newsom’s power to issue indefinite orders and what the CFA said is arbitrary treatment of fitness centers during the COVID-19 pandemic, the group announced in a press conference on Sept. 15.

The group is seeking to lift some of the restrictions on indoor fitness mandated in California. Currently, counties in the state are color coded based on their COVID-19 positivity rate. Clubs in the 30 counties that are in the purple tier, which is the highest tier, can only operate outdoors, which has become more difficult now that wildfires are burning in the state, the CFA said.

Under the “red” tier, which is the next lower level, gyms can open indoors but only at 10 percent capacity, which Francesca Schuler, CFA founding partner and CEO of In-Shape Health Clubs, said is not sustainable for businesses. In the next tier, orange, gyms can operate indoors at 25 percent capacity indoors while in the yellow tier 50 capacity is allowed indoors. The group is urging for clubs to be allowed to open indoors in the purple tier at 25 percent capacity, increasing the capacity levels at all subsequent tiers.

In addition to this lawsuit, individual health club owners are considering filing lawsuits in counties throughout the state challenging the closure of indoor fitness, the CFA stated in a press release about the lawsuit.

“CFA is taking this action reluctantly,” Scott J. Street, CFA attorney and partner with Musick Peeler & Garrett LLP, said in the release. “Its members not only complied with the initial eight-week shutdown, but many were proactive in shutting down prior to the statewide stay-at-home order in March, as a demonstration of their commitment to the health of their communities.”

Newsom ordered gyms in the state to close in mid-March, allowing them to reopen on June 12, but as COVID-19 cases began to increase again in the state, he ordered clubs closed on July 13 for an indefinite period.

Since then, CFA has worked with the governor’s office and state health officials to detail how indoor fitness activities can safely reopen and strengthen the statewide effort to help people maintain their health and well-being during the pandemic, Street said.

“Unfortunately, the indefinite extension of a virtual statewide shutdown and unfounded rules restricting access to fitness centers are jeopardizing the health and well-being of millions of Californians who need a safe and secure place to exercise,” Street said. “It is also having a devastating impact on the many thousands who serve in fitness, most of whom got into the industry because they believe in helping people lead healthier lives.”

Cory Brightwell, CFA Advisory Board Member and CEO of Chuze Fitness, said that the group was forced to file the lawsuit because health clubs have run out of options to keep their communities healthy.

“Discussions with the state have failed, and we are facing a health crisis for our citizens who don’t have equitable access to exercise, and the real prospect that our businesses will never reopen unless these rules are modified,” Brightwell said. “Not all Californians live in places that are conducive to outdoor exercise, whether due to weather, smoke, lack of open spaces or security concerns. Minority communities are particularly disadvantaged. CFA is acting to protect the ability to provide safe fitness opportunities for members, allow businesses to survive and preserve the jobs of California’s passionate and dedicated fitness-industry workers.”

When the pandemic began, CFA members focused on being part of the solution, creating strict guidelines to ensure public safety when exercising indoors, so Californians could receive the health benefits associated with exercise and help expand the fight against COVID-19, Schuler said.

“When the state briefly reopened, these protocols worked,” she added.

California’s current reopening protocols, which further restrict access to indoor exercise, are not supported by data and are more restrictive than those for nearly all other business sectors in the state and the nation, the CFA contends. The group has repeatedly requested data from the state about the sources of outbreaks in the state with no response.

A CFA study found that of the more than 5.5 million members who checked into 285 California fitness centers between June 12 and July 13, 0.002 percent of those members tested positive for COVID-19, but none of those cases were traced back to having originated at a health club, Schuler said.

Louisiana and Colorado have allowed gyms to open and have published data about outbreaks in their states that has shown that gyms are no less safe than any other type of public-facing business, including restaurants, retail, churches, factories, car dealerships, hair salons and schools, Schuler said.

Access to exercise is critical to helping people boost their immune systems and combat the effects of COVID-19, said Marc Thomas, CFA advisory board member and co-CEO of Aspyr Holdings, an Orangetheory Fitness franchisee with locations throughout the state. He pointed to recent CDC data that has proven that underlying conditions such as obesity, heart disease and diabetes exacerbate the negative effects of COVID-19. Decades of research and independent studies have shown that regular physical exercise reduces and/or prevents incidences of those health conditions along with many other chronic diseases. Additionally, exercise plays a vital role in improving mental health, which is also a major crisis associated with this pandemic, he added.

“These are the reasons why we unapologetically believe that fitness should be considered an ‘essential’ business,” Thomas said. “While we appreciate that government officials have been dealing with unprecedented challenges associated with this crisis, especially at the outset when the severity of the situation was unknown, we now have a great deal more knowledge and data, and we have proven that we know how to operate indoor fitness safely. The time has come to let citizens have their gyms back. We are hopeful that the governor and local government officials across the state can appreciate the need to restore safe access to exercise for its demonstrated benefits promoting physical and mental health and its ability to help people fight COVID-19.”

The CFA, which formed in April, is comprised of health clubs, boutiques, studios, fitness professionals, manufacturers, suppliers and individuals from all regions of California. We provide everything from basic workout facilities to full-service programs.

Tue Sep 22 , 2020
There’s a lot of mixed information out there on artificial sweeteners, with some people accepting their negative side effects as a way of cutting down calories. Artificial sweeteners work by triggering the same sensory cells that sugar and natural sweeteners do. The difference is that they provide few to no […] 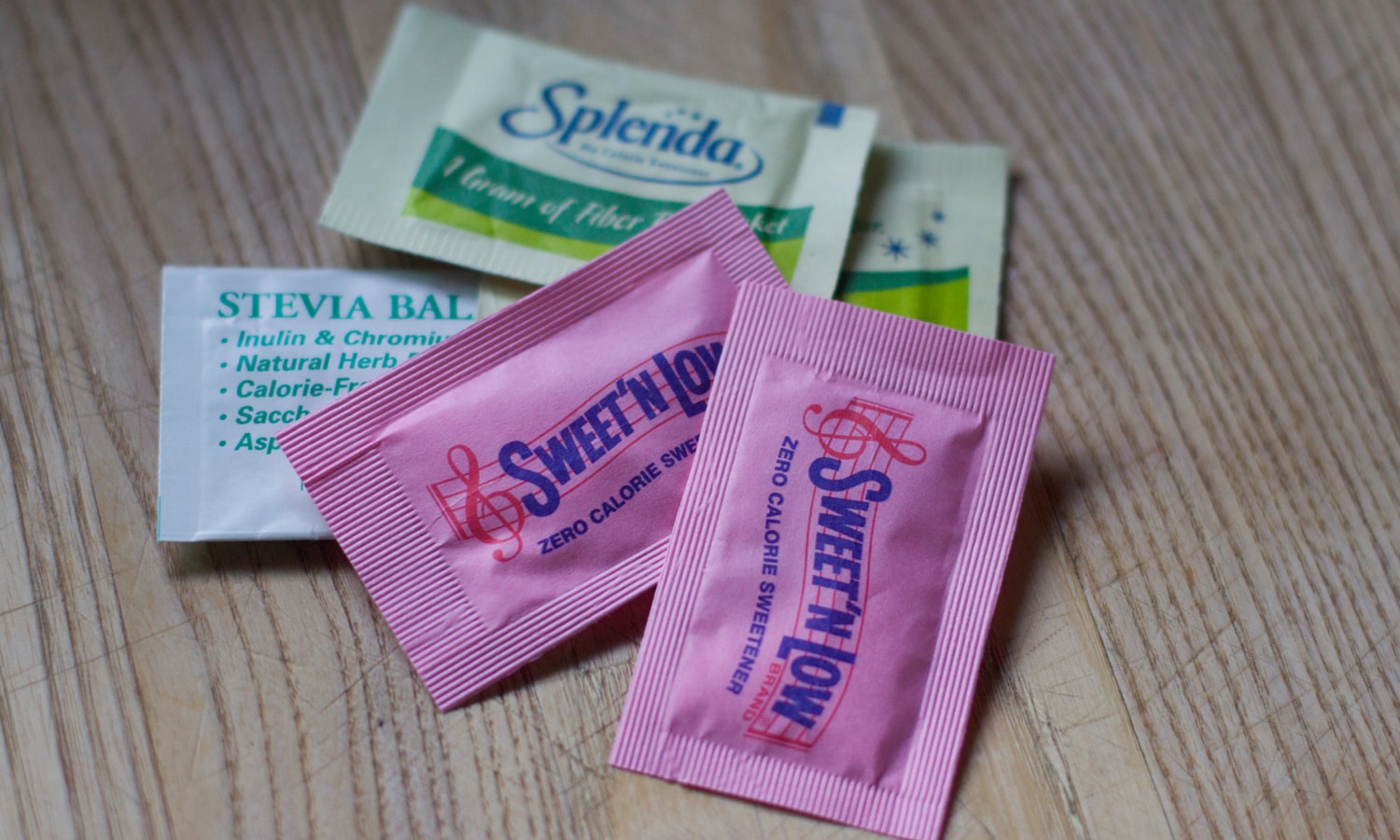