One-Third of Americans Haven’t Visited Dentist in Past Year 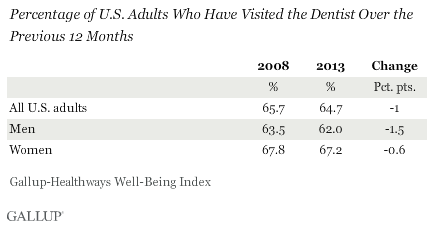 The American Dental Association recommends that adults develop a plan for dental visits with their dentist, but say even those at low risk of oral disease benefit from at least annual cleanings. Thus, one in three