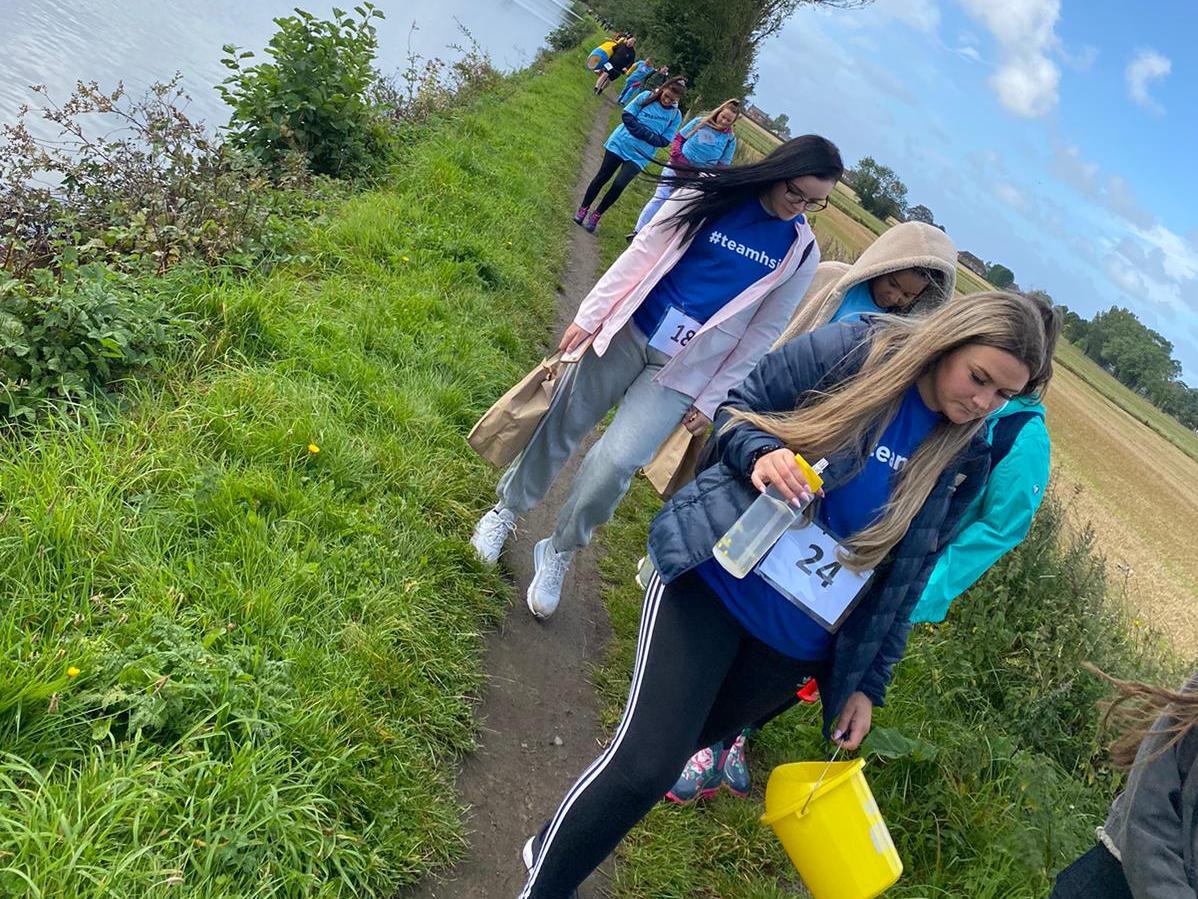 Fund-raisers walk along the canal

Former staff at Hop, Skip and Jump, on Parson’s Walk in Wigan, have joined forces with parents to set up their own centre for youngsters with special educational needs or disabilities.

The national organisation went into administration earlier this year and Wigan Council, along with Wigan Youth Zone, stepped in to provide the service in the borough instead.

But some parents and former employees decided they would prefer to open their own centre to offer the same facilities and services previously available at Hop, Skip and Jump.

The i newsletter cut through the noise

Their fund-raising campaign is now well under way, with more than £8,000 collected so far.

This includes more than £5,000 given to an online appeal and £2,277 collected at a family fun day held last month at Whelley Labour Club.

There was face painting, a cake stall, a bouncy castle, raffles, a tombola, music and visits by children’s characters.

This was followed by a sponsored walk, when 65 people walked nearly 20 miles along the canal from Halsall, near Southport, to Wigan Pier.

The first people to finish the challenge took four hours 40 minutes, while others took around seven hours.

They received donations of more than £300 along the way and sponsor money is now being collected, which will boost the total raised.

Emma Eastham, whose 14-year-old son Alex has complex health needs and disabilities and attended Hop, Skip and Jump, said: “It was a really good day, everyone enjoyed themselves and the weather was nice. It rained towards the end but we were quite lucky really.

“We had a few people with sore feet that ploughed through, but everyone made it to the end and they did really well.”

She is delighted with the support the fund-raising campaign has had so far.

Emma, from Shevington, said: “I didn’t think we would do that well with the current situation.

“We know people are short of money and businesses aren’t in the best situation, but to raise so much is amazing.

“We have had a lot of help from local businesses. We have had some really good donations.”

She thanked the businesses that had supported their efforts, along with volunteers.

The group has cancelled an adult fund-raising night planned for later this month due to the coronavirus pandemic, but is busy looking for other ways to raise money, such as football cards.

And they are making progress with plans for the centre.

“We have been looking around at premises,” Emma said.

“There is nothing set in stone, but we have been looking at premises.

“We are hoping that we will get it back up and running at some point.”

Donations to the campaign can be made at www.justgiving.com/crowdfunding/terry-derbyshire-3.