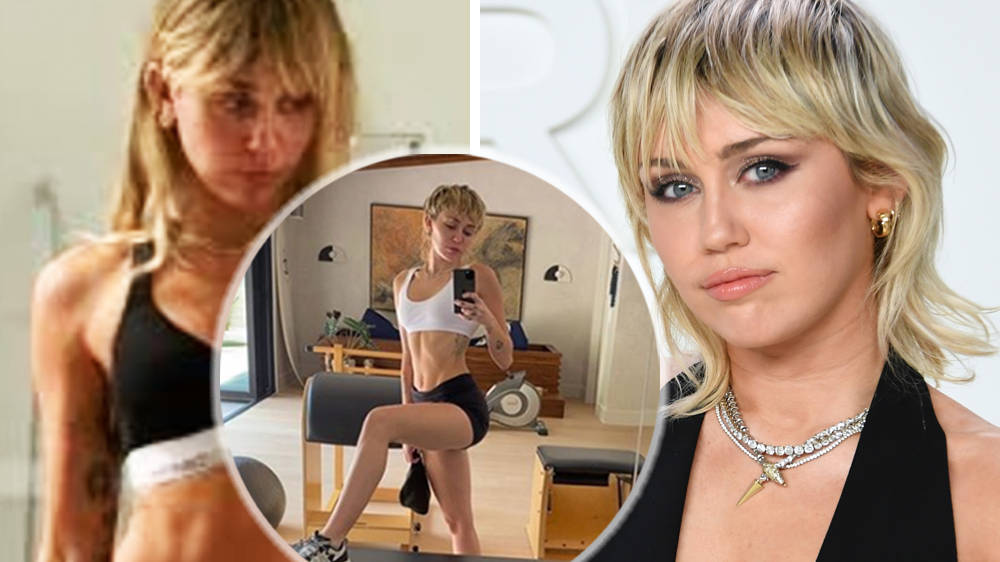 Miley Cyrus lives an incredibly healthy and active lifestyle, speaking openly about the need to abandon her vegan lifestyle and vigorously exercise to get rid of her ‘excess energy’.

Miley Cyrus is as known for her incredible singing and songwriting talents as she is for her super healthy and active lifestyle and the ‘Midnight Sky’ superstar often puts everyone to shame posting snapf of herself looking nothing less than ripped after working up a sweat in her home gym.

So, what is the ‘Slide Away’ singer’s fitness routine and diet made up of?

Miley, unsurprisingly, has a personal trainer who she says is as close as family who she works out with most days at her converted home gym.

As well as cardio in the form of running, Miley takes on weight training with a whole load of different types of exercise from her trainer.

She told Joe Rogan on his podcast: “I love pilates and cardio, I need to run a little bit more… I’m getting a bag put in my house right now.”

The ‘Mother’s Daughter’ singer used to be a self-confessed yoga freak, she’s moved away from practicing as she says its damaged her hips and left her in serious pain, especially when flying.

“I overdid Ashtanga yoga for a couple years, because I am an extremist.”

She says her back and hips hurt her so badly she has to lie on the ground when she flies and doctors haven’t been able to help her.

Miley also says she has so much energy to burn off and if she doesn’t work out, she ‘isn’t a great person’.

Up until recently, Miley had been an ardent vegan, with a fierce love for animals and literally dozens living on her property with her, 22, to be precise, including dogs, cats, pigs, fish, and we’re sure there’s some horses knocking around somewhere.

She says she has another 22 on her property in Nashville.

However, when appearing on Joe Rogan’s podcast, she explained she had to reintroduce fish into her diet as her brain wasn’t functioning properly after being on ‘the strictest vegan diet you’ve ever known’ from 2013-2019.

The former Disney star said the diet left her ‘pretty malnourished’ and ‘running on empty’.

She’s also someone who needs enormous stamina to perform on stage for hours at a time and she says this is why she needed vital fats and protein from fish that ‘an infinite number of avocados never could’.

The singer said: “I was so dry from all missing all these healthy fats in my diet.. it was really, really hard.”

Miley added the first time she ate fish she wept, as she has a pet blowfish that swims to greet her every time she comes home.

She told Joe: “I cried, like, for a long time. I cried for the fish… it really hurts me to eat fish.”

> Download Our App For All The Latest Miley Cyrus News